This workers’ advocacy group says OSHA is slipping. What do the numbers show? 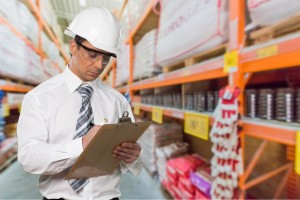 OSHA is a well-known acronym in contractor offices across the country.

That’s for good reason. An investigation from the federal agency could cost a firm major penalties in both dollars and public trust as they attempt to fix whatever the occupational safety group found awry.

But what about OSHA itself? The National Employment Law Project, a worker advocacy group, released an analysis in March that says meaningful OSHA inspections are on the decline, a conclusion it reached by looking at Department of Labor statistics. OSHA keeps a weighted metric to track its activity by assigning values to different kinds of inspections. By that adjusted number, NELP notes, investigations fell by more than 1,400 — from 42,900 units in fiscal year 2016 to 41,478 in fiscal year 2018. Meanwhile, the number of investigations performed in that same time as a result of a worker fatality rose from 837 to 929.

NELP draws a connection between the two statistics and inspector attrition within the agency, assigning blame to the current administration in DC.

“The Trump administration is scaling back OSHA enforcement activity, putting workers’ lives at risk and undercutting businesses that play by the rules and prioritize worker safety,” NELP stated in its report.

For its part, OSHA points to an increase in the unweighted number of investigations as proof that it has not slacked off its mission. Secretary of Labor R. Alexander Acosta reiterated that number — more than 32,000 inspections in FYs 2017 and 2018 compared to the FY2016 total of 31,948 — in a recent congressional budget hearing. He also said new hires at the agency will continue to pull numbers up, as will slated increases to the enforcement part of the OSHA budget.

Clearly there are a lot of moving parts to the administration end of a federal enforcement agency. For those of us on worksites across Washington, the actual need-to-know is fairly simple — what are the rules that we’re expected to follow, and how will those rules be upheld. This is an unfortunately moving target, which is why AGC of Washington takes a strong position on training and safety so that all of our members can stay compliant with the laws of the day. We offer a ton of great materials and resources in our safety services area, as well as trainings that can help you better prepare for the moment when a routine inspection does come up.

This is also a good chance to announce that AGC of America will be in Seattle this July for a Construction Safety, Health + Environmental Conference. That’s sure to be another solid event, so keep an eye out for registration info yet to come.

We’re proud to be your advocate in all things construction, whether that be safety and health, public policy or industry networking. Stay in touch and keep building Washington!