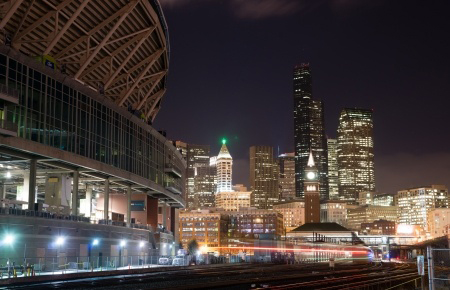 Sound Transit hopes to move forward on its third phase with a package of up to $15 billion. It’s still a long way off with no certainty for its success, as the legislature still has to provide permission to Sound Transit to put the measure on the ballot, and then it would have to be passed by voters.

Nevertheless, Sound Transit has released a list of proposed projects, such as the extension of light rail to North Everett and the Tacoma Link extension to Tacoma Community College. Click here for the full list of Sound Transit’s draft priority project list.

Meanwhile, the Sound Transit Board in June held a public-involvement campaign to decide what mass-transit projects should be studied as the final candidates for a Sound Transit 3 ballot measure. The Sound Transit Board sought input on the draft list of projects to be considered possible candidates for the ST3 measure. Now that input on the Draft Priority Projects List has been collected, the board will identify a final list of projects to be studied this fall. The results of those studies will support further narrowing by the board to shape a draft ST3 measure for public input in early 2016.

Potential projects emphasized so far by the Sound Transit Board and earlier public input include (but are not limited to) building light rail extensions to Everett, Tacoma, downtown Redmond, Ballard and West Seattle, as well as bus rapid transit on I-405 and improving ST Express bus and Sounder commuter-rail services and facilities.

Stay tuned as more information becomes available on the projects that will be studied. How the construction industry appeals to young people
No Responses.