How to better include women on our worksites 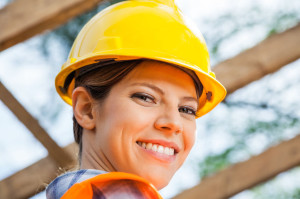 If you’ve been following our blog, you’ve probably seen plenty about our Culture of CARE initiative and its focus on building more inclusive work environments.

But something we don’t always talk specifically about is how we can make our worksites more welcoming to women. It’s about time that we did.

All in all, women account for an estimated 9-10 percent of national industry participation, according to numbers from groups like the federal Bureau of Labor Statistics. However, observers will note that this number includes a wide variety of positions, including more female-represented roles in administrative, human resources and other office positions.

When looking specifically to direct involvement in the trades out in the field, the population drops to just about 3.4 percent of the total. While women in management is going up and now stands at about 7.7 percent, there are exceedingly few women working as electricians and carpenters and statistically none in more niche fields like solar panel installation or iron and rebar work.

There are likely several factors keeping those numbers low, such as historically male-only environments, perceptions of intense physical demands, or in a different vein, of low pay and weak long-term prospects.

The message that these jobs are often lucrative, rewarding and in-demand shouldn’t go by the wayside when we’re reaching out to women and other historically under-represented groups of workers. But neither should the equally, if not more important message that such workers are a valued part if the teams they join!

That mentality is at the center of the Culture of CARE initiative, and it’s the central aim of modern diversity and inclusion practices. Want to learn more about what AGC of Washington is doing to help? Get in touch to hear all about it — and what we can do for your organization on this journey.