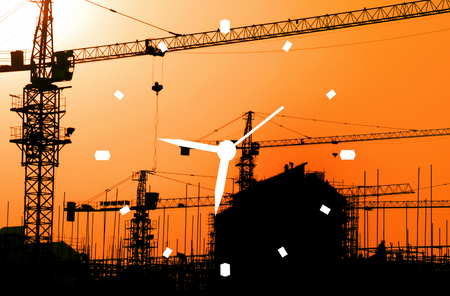 The election of Donald Trump to the U.S. presidency has left contractors questioning what regulatory changes they might face in 2017 and beyond. Of most widespread interest are Labor Department administrative regulations passed under the Obama administration, specifically the overtime rule that had been slated to take effect in early December 2016.

Under the new rules, the so-called “salary levels” test was doubled, thus throwing millions of formerly exempt employees into the non-exempt pool. Employers were in a quandary as to whether to comply with the new regulations (such as raising salaries or making employees hourly) or not comply and hope that the new President would rescind the rule.

That quandary was just cleared up when, on Nov. 22, 2016, a federal judge entered a nationwide injunction blocking the new overtime regulations in the case of Nevada vs. DOL. Even if the court ultimately sets aside the injunction, the Trump administration may revise or rescind the regulation through rulemaking or legislation.

Also of interest is the proposed change to the “persuader rule” which would have created reporting requirements for law firms when providing employers labor law advice with potential union organizing implications. Opponents deemed the proposed change to the bright line “advice” rule as an attempt to hamstring attorneys from providing any type of guidance that could result in a reporting requirement regarding clients served and fees paid in the labor and employment arena. On November 16, 2016, a federal judge in Texas entered a permanent injunction halting the DOL’s implementation of the change based on First Amendment and other grounds.

Creating the possibility of even greater long-term change, President Trump will have the opportunity to nominate a new Labor Secretary to replace current Secretary Thomas Perez. Perez has aggressively pursued many enforcement initiatives including joint employer status and loss of independent contractor status in order to increase the pool of employees eligible for overtime as well as the pool of “deep pockets” to pay the resulting amounts owed. The new Labor Secretary may rein-in some of these aggressive enforcement efforts and positions by DOL.

Read the original post by Judd H. Lees and Sebris Busto James about these and other federal proposals affecting construction professionals on the AGC of Washington website.