There’s a new proposal in town 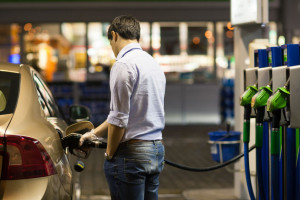 One result of the recent election was the solid defeat of Initiative 1631, the proposed statewide carbon tax aimed at fossil fuels.

AGC of Washington was solidly opposed to the initiative, as we’ve written about in the past. We weren’t alone in that. The tax was marked with numerous issues of accountability that went beyond the scope of the carbon project, issues that supporters weren’t able to address.

The defeat of I-1631 brings some uncertainty to the movement to limit use of fossil fuels in the area. But already there is another policy attempt with similar issues as the first. AGC is joining a coalition of advocacy groups to request the Puget Sound Clean Air Agency drop its recently proposed regional low-carbon fuel standard. Reviews of state law suggest the PSCAA doesn’t have the authority to enact such a measure, which is based on a similar rule passed in California that has consistently run up against litigation while causing sharp increases to fuel costs.

Here’s the coalition statement to PSCAA:

“We recognize the need to reduce greenhouse gas emissions to protect our natural environment and keep Washington a great place to live, work and play, but a regional program would present all of the same problems as a statewide scheme, as well as create additional challenges.”

You can click the hyperlink to learn more about this proposal and our stance on it. Much like I-1631, there are some clear hurdles to implementation that will weigh most heavily on consumers and not on the much larger sources of emissions that can afford to pay extra.