Washington infrastructure gets a “C” grade 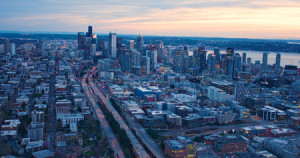 What do you consider a good report card grade?

The question is relevant to the state of Washington this month after the American Society of Civil Engineers updated its review of our infrastructure systems. The ASCE rates these systems across the states every few years and provides a letter grade to give residents and policy makers an idea of the overall infrastructure quality divided among multiple categories. For 2019, the engineers gave Washington a “C” grade.

That’s definitely an improvement from our 2016 grade of a “D,” a score most parents would be disappointed to see on a child’s report card. But the ASCE pointed out lingering issues in our infrastructure that touch the lives of nearly every Washingtonian. Some of the lowest-ranked individual areas were in systems dealing with water. Stormwater was the lowest ranked category at a “D+” with wastewater and drinking water systems not much better. The engineers praised Washington for being innovative in the stormwater field but ultimately said the infrastructure itself was older than its design life, a common issue across the report card. Other categories, such as our road systems, were downgraded due to the heavy toll of the region’s explosive population growth, a factor that has caused existing roadways to be pushed to the limits of their traffic capacity.

There’s a lot of good information in the report card, so take a minute when you can to give it a deeper read. We’ve used this blog in the past to discuss the need for a serious approach to updating our state’s infrastructure, and this review underlines that need once again. Our challenge now will be in getting funding from our elected leaders to make infrastructure projects happen, but that’s a hurdle we can overcome if we work together. Get back to work safely with our Phase 2 COVID-19 recovery resources
No Responses.