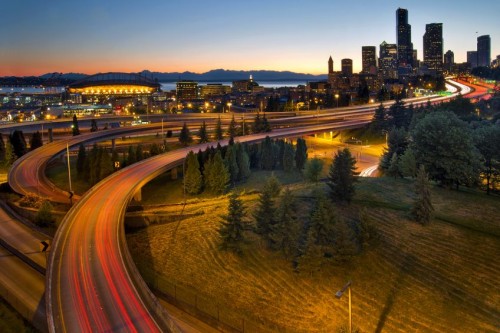 It’s up to the voters of this country to determine its fate.

That’s a basic civic value, and it’s just one piece of America’s success. On Nov. 5, voters will go to the polls in Washington and cast their ballots for a number of people and initiatives who promise to make our communities stronger.

However, not all of these initiatives are truly in the best interest of the people. Some are deeply against it.

AGCW has recently come out publicly against Initiative 976, a proposal that would make huge cuts to infrastructure funding in Washington state. Really, our organization had no choice — we believe strongly, as do most experts, that good, safe infrastructure is the key to economic growth and high quality of life.

At face value, I-976, proposed by Republican Rep. Tim Eyman, is a cut to the cost of a car tab in the state of Washington. But the bigger picture here is a mass defunding of transit authorities across the state, some of which Eyman has in the past admitted to wishing to “gut” as “like a pig.”

But you don’t have to take our word for it. According to the Seattle Times, “Dozens of cities across the state — including Tacoma, Lynnwood and Bainbridge Island — use transportation benefit districts to fund street paving, sidewalk construction and other projects.”

Those benefit districts make use of locally set fees to fund locally built projects. Most importantly, these are projects that keep Washingtonians on the go, taking us to work, to the polls, to visit family, friends and loved ones. In short, they’re the projects that make our state run.

That’s why the AGC Board of Trustees voted to oppose I-976. To our figures, the initiative would cut $20 billion from Sound Transit and nearly $4 billion in Washington Department of Transportation funding over the next decade. It’d also drain $60 million ever year from those transportation benefit districts mentioned earlier.

Our chief lobbyist, Jerry Vanderwood, had to this to say: “Initiative 976 is not just about Sound Transit. It eliminates billions in spending on capital projects around the state. Plus, passage of I-976 would end discussions about revenue for currently unfunded projects, from the Columbia River Crossing Bridge to the Highway 2 trestle to the hundreds of culverts WSDOT is under a court order to fix.”

All in all, this bill is too destructive not to fight. If you’d like to help us keep Washington moving forward, we invite you to visit the campaign website here or call AGC’s Jerry VanderWood or Michele Willms at 350.352.5000 for more information. You could also follow one of the opposition groups outside of AGCW, such as the simply named “NO on Tim Eyman’s I-976.”