Who will control the State Senate after the general election? 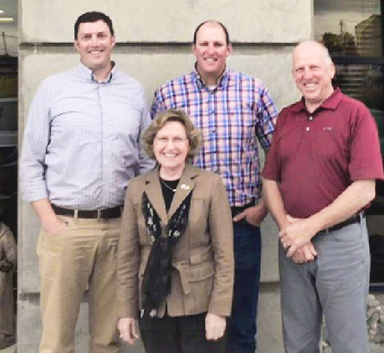 AGC members are encouraged to take a look at three key races in the 2016 general election that will decide if the Majority Coalition Caucus (MCC) maintains control of the Senate. The MCC is the combination of all Senate Republicans as well as Democrat Sen. Tim Sheldon which has had control of the Senate for a couple of years.

Incumbent Senators Barbara Bailey (R-10) and Steve Litzow (R-41) as well as Rep. Lynda Wilson (R-17), who is running for the open Senate seat in the 17th district, are being heavily targeted for defeat. For the MCC to remain in control in the Senate, all three will likely need to win. Last fall AGC’s BUILD PAC Senior Council made retention of the MCC its top priority for the 2016 elections.

Senator Barbara Bailey had 51.48% of the votes over the two Democrats that were running against her in the primary. Senator Bailey has a 100% vote record with AGC for the 2015-16 sessions.

Senator Steve Litzow had 47.29% votes in the primary with the democrat that will be running against him with 48.79% of the vote and the libertarian 3.92%. It is expected that this race will be very close and we won’t know who won the election until after every vote has been counted and possibly recounted. The Senator’s 2015-2016 vote record was 89%.

Rep. Lynda Wilson received 50.11% of the vote against the democrat running against her in the primary. Rep. Wilson is running for the seat being vacated by Sen. Don Benton. The candidate running against her is a former House member that ran for the Senate and lost four years ago by just 78 votes. Rep. Wilson’s 2015-2016 House vote record is 72%. It is anticipated that this race will be as close as it was four years ago.

For more information on these candidates or any other candidates, contact Jerry or Michele in the AGC Legislative office at 360-352-5000.